India conducted its first comprehensive mental health survey in 2016. The survey places mental morbidity of individuals above 18 years of age at 10.6%. This excludes disorders that result from the use of tobacco. Translated into real numbers, this means that currently, nearly 150 million people need intervention for a mental health condition. The survey also showed lifetime population prevalence at 13.7%; severe mental disorders clock in at 1.9% with a current prevalence of 0.8%. Based on the 2011 census, this means 10 million people are currently living with severe mental illness. Of these, less than 25% receive any form of treatment.

Critical barriers and the present scenario

Severe and enduring mental disorders (SMD) contribute highly to the global burden of disability and mortality. In low and middle-income countries, SMD sufferers face impediments to their clinical and functional recovery, the protection of their human rights, social inclusion and participatory citizenship. Lack of access to appropriate health care, limited resources that result in large gaps in treatment, heightened vulnerability, social stigma and discrimination — these are only some of the obstacles faced by people suffering from mental illness. These patients also tend to have large unmet needs due to poverty, lower levels of education, and the lack of meaningful engagement and intimate relationships.

A bigger problem is the severe shortage of treatment resources. Only 0.6% of India’s health budget is spent on mental health care; no data is available on what proportion of that amount is invested in long-stay hospitals. The 43 psychiatric hospitals set up nearly 100-150 years ago constitute 80% of all available psychiatric beds. Their infrastructure and standards of care are poor.

Mostly, people with severe mental disorders languish in these hospitals, abandoned by family and forgotten by policy makers. At the end of 2015, there were 6,839 patients staying in 30 of these hospitals — of these, 16% had been there for more than five years. Some of them had been there for decades. There are no clear pathways to discharge and / or successfully integrate former patients into the community, especially the women, or those abandoned by their families.

The Tata Trusts initiated its work in mental health care when there was very little recognition of the burden of mental disorders, and a poor understanding of wellbeing and its impact on overall health. The Trusts’ involvement goes beyond providing financial help. Over the past four decades, its work in this area has been driven through grant making, direct implementation and co-partnership strategies with government and non-government organisations.

It works across the mental health care spectrum, rethinking institutional pathways of care, while at the same time developing innovative and scalable community care models. The Trusts’ wide experience of community engagement and development means that its programmes not only include clinical care, but also look at important components such as employment, disability and psycho-social care.

Udaan is an innovative health initiative that has taken flight under the aegis of the Trusts. Meaning ‘flight’, this is the Trusts’ most recent and perhaps most ambitious health initiative to develop and implement mental health programmes. Udaan has recently undertaken two large and path-breaking programmes in collaboration with the Government of Maharashtra.

The first of these — psychiatric hospital reform — was initiated in 2016. It was introduced in the Regional Mental Hospital of Nagpur, which serves 24 million people across 11 districts of Vidarbha in Maharashtra. This hospital, established in 1864, continues — like other psychiatric hospitals in the country — to have abandoned persons with chronic mental illness who have become institutionalised. Through Udaan, the Trusts’ effort is to offer an alternative narrative in the global mental health space through systematic and evidence-based reforms, repurposing the role of a psychiatric hospital to offer vulnerable people an important element of care that is otherwise not available in low-resource settings.

The second collaborative programme launched by Udaan is a district-wide community mental health programme for the district of Nagpur. This ambitious programme directly covers a population of five million people, providing mental health services at their doorstep. It aims to work with communities to build awareness on mental health, early detection of illness and to provide care closer to home.

Read about the progress and impact of the various activities for the year 2018-19.

Over the years, the Trusts have helped to develop and strengthen the paths to rescue, recovery, rehabilitation, and the social inclusion of persons with mental illness in different parts of the country, including those living in remote areas. In 2018, the Trusts published a book titled ‘Pathways of Hope’, that captures the life impact of the Trusts’ work in mental health through their various on-ground partnerships.

Read a story by Tasneem Raja, Tata Trusts, highlighting how the Trusts' initiative gave a mentally unwell individual a chance to live again. 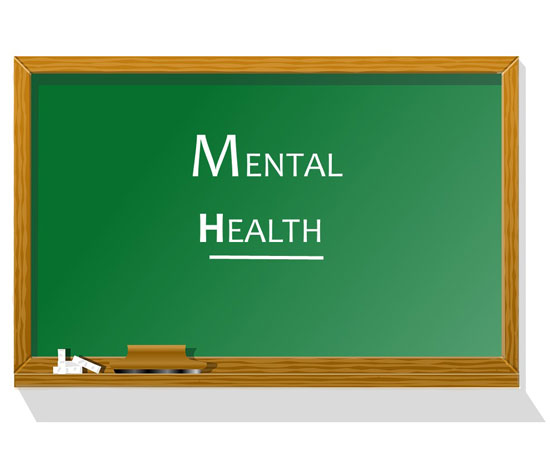 Make the mental well-being of teachers a priority

Psychiatric hospital reform in low and middle-income countries: a systematic review of literature

The Trusts’ interventions in cancer-care aim to work across the entire spectrum of the life cycle of a person affected by cancer.

Creating an empathetic ecosystem, while serving the relevant needs of the elderly in India.

The Regional Mental Hospital of Nagpur dates back to 1884 and is over a century old. It is a 940-bed hospital with an average occupancy of 600 patients. The hospital serves a catchment area of over 24 million people across 11 districts of Maharashtra’s Vidarbha region. It hosts a large number of persons with chronic mental illness who are homeless or have no active family linkages, and are in dire need of being treated and reintegrated into society. About 30% of the patients are ‘long-stay’ patients, with an average stay of about 25 years.

The Tata Trusts’ effort is to offer systemic and evidence-based reforms, repurposing the role of a psychiatric hospital to offer vulnerable people an important element of care that is otherwise not available in low-resource settings.

The Trusts work on addressing the critical needs of patients through the following interventions:

The Trusts have also deployed a Management Information System (MIS) to capture patient records that were hitherto maintained in manual registers, to ensure sustained monitoring of patient recovery.

The Tata Trusts have launched a district-wide community mental health programme that directly covers a population of five million people and provides mental health services at their doorstep. It aims to work with communities to build awareness on mental health, enable early detection of any mental illness, and provide comprehensive care closer to home.

The project covers 13 blocks in Nagpur district, and caters to a population of 5 million people. Door-to-door screenings are conducted by accredited social health activists (ASHAs) and other frontline workers, who identify suspected patients and create referral linkages for their diagnosis and treatment. The project also aims to reduce the stigma around mental illness and to promote awareness of mental health issues through community-led awareness events.

As part of the mental health initiatives in Maharashtra, in collaboration with the Government of Maharashtra, the Tata Trusts set up a Technical Support Unit (TSU). This unit is envisaged as a centrally-located mechanism within the state, and aims to strengthen Maharashtra’s mental health programme with its varied components. The goal is also to facilitate the scale of experience, learning and knowledge generated by the Trusts to implement programmes in mental health care in collaboration with the government. This is the first-ever such TSU within a government system.

The TSU’s primary goal is to support the government in the development of a vibrant and integrated mental health care programme, and to increase access and quality of care through the development of an active technical support team that can help to strengthen such programmes. The TSU also aims to train human resource cadres for mental health care across the state, using a master trainer-based cascade model.

The support unit will create an integrated mental health and information system along with a dashboard that provides information about state programmes and decision making, and support the annual PIP development process. It will also help in the development of a functional system for the implementation of the Mental Healthcare Act of 2018.

The Trusts have partnered with the Government of Maharashtra for two ongoing mental health care programmes in the state. One is the institutional reform of the Regional Mental Hospital, Nagpur, to develop it into a centre for excellence. The other is to implement the district mental health programme for Nagpur district, and scaling it to be a replicable model.

The Trusts’ TSU will thus develop, implement and handhold standard guidelines for all components of mental health care service delivery in the state.

The Psychosocial Programme is one of the Tata Trusts’ initiatives to identify and alleviate mental health disorders. This initiative covers a total population of 68,000 in a cluster of 64 villages in Yavatmal district in the Vidarbha region of Maharashtra. The rate of farmers’ suicides is reported to be the highest in this region. The aim of the project is to provide distressed farmers and people with mental illness with better access to mental healthcare.