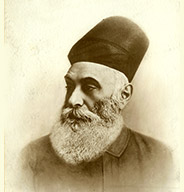 What advances a nation or a community is not so much to prop up its weakest and most helpless members, but to lift up the best and the most gifted, so as to make them of the greatest service to the country." - Jamsetji Tata

In a country that is home to the world’s second-largest population, when one of its largest enterprises providentially happens to be a philanthropic organisation, it raises hopes for a promising and sustainable future. For people across the country, the Tata Trusts symbolise humanitarianism and personify the prodigious force that advances new frontiers of social and economic development.

A dream that lives on

The journey of a million smiles began in 1892 with Jamsetji Tata, the pioneer, visionary and founder of the Tata Group, setting up the JN Tata Endowment for higher education of Indians. Regarded as the 'Father of Indian Industry' and one of the most important builders of the modern Indian economy, Jamsetji introduced the apprentice system at work, crèches and primary classes for children of women mill workers, and free medical help to all employees. Other benefits for the well-being of his staff that were weaved into the policies of several of his propitious ventures included gratuitous pension fund, provident fund, maternity benefit allowance and a compensation fund for accidents for all employees – all of which were ahead of their times. It was during his time that he pioneered the organised flat system of housing and also built the opulent Taj Mahal Hotel.

Jamsetji’s dreams of building a modern steel plant, a hydroelectric power plant and a university of science were fulfilled by his sons — Sir Ratan Tata and Sir Dorabji Tata, who went on to grow his business empire manifold and epitomise his vision of constructive philanthropy. Under the noble lineage of Jamsetji Tata, a number of trusts have been established over the years – the largest being the Sir Ratan Tata Trust and Sir Dorabji Tata Trust, which operate under the umbrella of the Tata Trusts. The Trusts own two-third of the stock holding of Tata Sons, the apex company of the Tata group of companies.

Making a sustainable difference for over 125 years

Through the century, the Tata Trusts have constantly endeavoured to achieve societal and economic development for attaining self-sustained growth relevant to the nation. They support an assortment of causes such as health, nutrition, education, water and sanitation, livelihoods, social justice and inclusion, skilling, migration and urbanisation, environment, digital literacy, sports, arts, craft and culture, and disaster management to name a few.

They seek to empower, enable and transform communities across India, while improving the quality of life of the tribal, underserved, underprivileged, backward and minority sections, and laying special emphasis on women and children. They have partnered with numerous organisations across the length and breadth of India.

The Trusts have constantly evolved with the changing needs of society and rising developmental challenges of the country. In 2015, they repurposed and recalibrated their strategy and approach. Apart from being a conventional grant-giving foundation, in order to maximise the impact of their work, they also chose to directly implement their interventional programmes, harness affordable and innovative technology, and forge collaborative partnerships with governments, international and local NGOs, and private welfare organisations while presenting a single unified interface to beneficiaries.

By signing-up for operational responsibility for key outcomes and driving those processes through a collaborative approach, the Trusts have taken a lot more ownership of the end outcome of their programmes.

To the Tata Trusts, each developmental challenge is a clarion call for designing interventional programmes and initiatives that stay sustained over the necessary period. Their numerous interventions address several of the United Nations Sustainable Development Goals, and stand testimony to the Trusts’ process compliance and their ability to take risks and demonstrate proof of concept at scale. Notwithstanding their presence and contribution in ongoing developmental projects, the Trusts clearly define an exit route for themselves once their programmes achieve the desired traction and scale of operations.

With several new strategies and solutions lined-up within each portfolio, the Trusts are marching towards achieving their mission of positively and sustainably impacting millions of lives through their interventions. 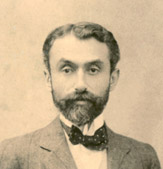 ...for the advancement of education, learning and industry in all its branches, including education in economy, sanitary services and art, or for the relief of human suffering, or for other works of public utility... — Sir Ratan Tata 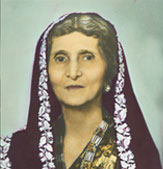 Apart from being intimately associated with the House of Tata all through her life, she as it were, spent her life in the service and welfare of the underprivileged and the needy and those whom she could help. — Mr JRD Tata on Lady Navajbai
About Sir Ratan Tata About Lady Navajbai Board of Trustees Notes and Anecdotes 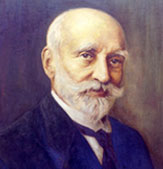 The funds were to be directed towards the advancement of learning and research, relief work and other charitable purposes, "without any distinction of place, nationality or creed". — Sir Dorabji Tata Trust

...what advances a nation or a community is not so much to prop up its weakest and most helpless members, but to lift up the best and the most gifted, so as to make them of the greatest service to the country. - Jamsetji Tata
About Sir Dorabji Tata Board of Trustees