One of the learnings from the Tata Trusts’ years of engagement in Jharkhand was that hockey is a sport that comes naturally to youngsters from tribal communities, even when they lack basic equipment including proper footwear.

To provide opportunities for tribal children to develop into professional hockey players, the Trusts launched a grassroots programme with Collectives for Integrated Livelihoods in India (CiNi) as its implementation partner. The objective was to professionalise grassroot level hockey in India, and provide a launch pad to local talent by bringing global practices to the training of India’s domestic hockey coaches.

The Naval Tata Hockey Academy (NTHA) in Jamshedpur, was conceptualised in partnership with Tata Steel, to create a centre for providing opportunities to grassroots talent to become professional hockey players. In April 2016, Tata Trusts partnered with Olympian player Floris Jan Bovelander to provide international level hockey training, along with life skills coaching, at the grassroots level as well as at the Academy. The Regional Development Centres were started to provide competitive training to select talent from the grassroots and provide a smoother transition to the Academy.

After the success of the programme in Jharkhand, a similar three-tiered programme was initiated in Odisha in April 2019, in partnership with Tata Steel and the Odisha government. 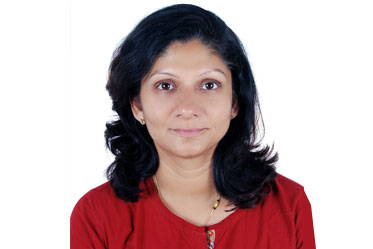 “We need a long-term sports strategy” 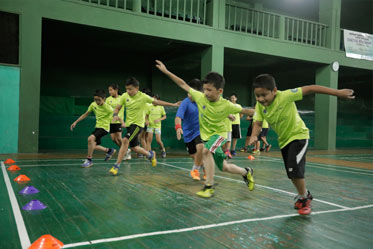 Master trainers select young girls from Manipur with aptitude and talent to be trained in polo.

Encouraging children from extraordinary circumstances, who show promise in school as well as in playing cricket.

The Tata Trusts’ grassroots hockey programme is being run in partnership with Bovelander Hockey Academy (BHA), the organisation established by Olympian Floris Jan Bovelander. The programme is being implemented in areas that are part of the tribal belt — Khunti, Simdega and West Singhbhum districts — as a way to leverage local talent into livelihood opportunities and thus spark economic progress. The initiative is being driven by Collectives for Integrated Livelihoods in India (CInI), an initiative of Tata Trusts and Tata Steel Rural Development Society (TSRDS).

The hockey initiative touches 5,300 children from 78 schools. Inter-school tournaments are held every six months and culminate in state-level hockey festivals. Over 680 matches were held over a two-year period.

The initiative has brought together former hockey players from the three districts, who have experience in playing at the district and state level. Around 42 former players have been trained by Dutch coaches from BHA on modern hockey techniques. Designated as Master Trainers, they coach young players at the grassroots level twice a week.

Tata Trusts and Tata Steel have come together to establish the Naval Tata Hockey Academy (NTHA) in Jamshedpur. The Academy partners with the legendary Dutch drag-flicker and Olympian player Floris Jan Bovelander, through the Bovelander Hockey Academy. Bovelander is the first Technical Director of the Academy.

The Academy is named in honour of Naval H Tata to commemorate his contribution to the game in India, his achievements as an outstanding sports administrator and his passion for sports. Mr Naval Tata held prestigious positions such as President of the All India Council of Sports (AICS), President of the Indian Hockey Federation for fifteen years and Vice Chairman of the International Hockey Federation.

The Academy will provide high performance hockey training to selected children from villages of Simdega, Khunti and West Singhbhum districts of Jharkhand. The first batch of 31 players was selected from a pool of over 5,000 boys and girls. The top performers were put through rigorous training and the best 31 were identified by Dutch coaches from the Netherlands-based Bovelander Hockey Academy (BHA) and Indian hockey legend Sandeep Singh.

The Academy also plans to train and select 26 girls from Jharkhand. At full scale, the Academy will have 52 boys and 52 girls training and playing competitively. Recognising the importance of receiving quality education, all the players will be admitted to schools as well and provided personal tutors to achieve academic excellence. They will also receive special coaching in life skills to build confidence.

In June 2019, Tata Trusts launched a three-tiered hockey training programme in Odisha that follows the same structure as the successful initiative that has been running in Jharkhand for two years. The initiative envisions setting up of 12 grassroot centres in the state’s hockey-centric districts of Sundargarh and Sambalpur, which will train around 1,200 children. The government sports hostels in Rourkela, Sundargarh and Bhubaneshwar will form the second tier and act as Regional  Development Centres.

Also on the anvil are plans to upgrade the facilities and coaching standards in the state’s sports hostels, in partnership with the Odisha government. This will be achieved through education of coaches and new competitive formats for students to learn and improve their hockey playing skills.  The most talented players from the state and from across the country will be sent to the Naval Tata Hockey Academy, Odisha, a high-performance centre in Bhubaneshwar that is being established Tata Steel and the Odisha government.

The Bovelander Hockey Academy from Netherlands, led by the famous Olympian and drag flicker, Floris Jan Bovelander, will extend its partnership with the Trusts to the Odisha programme. The intent is to bring global coaching standards and to improve the level of coaching through coach education and setting up review and monitoring mechanisms.

The Odisha government hosted the Hockey World Cup during November-December 2018 at its world class infrastructure at the Kalinga Stadium in Bhubaneshwar. On 12th November, 2018, Tata Trusts, in partnership with Tata Steel, signed an MOU with the Odisha government to set up and operate a hockey high-performance centre, named the Naval Tata Hockey Academy (NTHA), Odisha.

The objective is to raise the level of hockey coaching in the state and make NTHA, Odisha a premier hockey coaching academy. The Bovelander Hockey Academy from Netherlands, led by the famous Olympian and drag flicker, Floris Jan Bovelander, will extend the partnership with the Trusts to the Odisha programme. The intent is to bring global coaching standards and improve the level of coaching through coach education and setting up review and monitoring mechanisms.

The Academy will provide quality hockey training, education and career options in addition to lodging and boarding facilities. Talented hockey players in the age group of 12 to 16 years would be eligible to enter the programme and will stay on till 17 years. In the future, the age limit may be extended to 19 years.

The Odisha government will provide the necessary infrastructure to host the academy. The academy has its office in the Kalinga Stadium and the children will get to practice on two hockey pitches, including the one on which the Hockey World cup was played. The players will reside on a dedicated floor in a separate 100-room hostel facility which is being constructed in the Kalinga stadium by the government. Till this is being constructed, temporary accommodation is being provided.

The academy will start with 30 girls in August 2019. It will reach full capacity over three years with 40 girls and 40 boys — around 60% of the talent will be from the state and rest from across the country.

The academy will ensure the holistic development of players by providing education and other life skills so that they can have career options when they pass out of the academy. They will also have free access to the best sports science support from the Target Performance Centre (run by top shooter Abhinav Bhindra) which is located near the academy. The players will have access to the best of sports technology, experienced nutritionists and dedicated physiotherapists, as well as exposure to international hockey events organised in the Kalinga stadium. This support will help motivate them to reach international levels of performance.