The Tata Trusts’ Data-Driven Governance (DDG) portfolio aims to strengthen rural and urban decision systems through the use of data and technology. The Trusts have been providing functional and technical support to governments for carrying out data-intensive planning as a means to supplement decision-making, leading to the creation of the DELTA (Data, Evaluation, Learning, Technology, and Analysis) framework.

Beginning with a single gram panchayat in 2015, the footprint of the Trusts’ data-driven governance programme now extends across 85 districts in 27 states, and has covered a population of 2.5 million through on-ground surveys.

The Trusts then went on to operationalise DELTA plus, which aims at establishing last mile linkages and providing direct benefits to 56,000 households and 66,000 individuals. With focus on capacity-building, the Trusts’ DDG team has trained 500+ administrative officers on the utility of data for decision-making, and as many as 5,600 local volunteers have been trained on digital data collection. The success of DELTA has led to some key large-scale implementation and has opened new horizons for partnerships, such as the Government of Maharashtra’s Village Social Transformation mission, NITI Aayog’s Transformation of Aspirational Districts (TAD) programme, and an ongoing Jamshedpur Kalinganagar corridor development in partnership with Tata steel.

Additionally, the DDG team has engaged with identified Urban Local Bodies (ULBs) to potentially break down data silos in individual government departments by institutionalising a standardised data collection framework (ISO 37120) through the City Data for India Initiative. Pune, Jamshedpur and Surat were the pilot cities. Recently, Ahmedabad, Bhubaneshwar, Bhopal, Chennai and Vijayawada have joined the initiative. The Trusts’ City Data officer pilot in Pune has been adopted and scaled-up by the Smart Cities Mission, which has nominated 100 City data officers in all smart cities. The Trusts’ investments in the DIGIT platform of the eGovernments Foundation has led to the development of the National Urban Innovation Stack.

Third edition of Tata Trusts’ ‘Kalapana’ to be held in Hyderabad 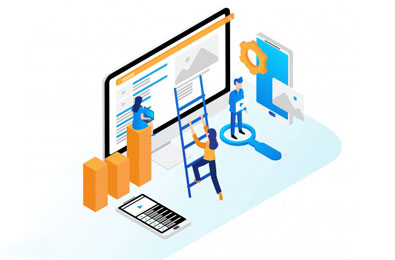 Tools, Techniques and Skill Sets for an Era of Data Driven Governance

Supporting Parliamentarians on Analysis and Research in the Constituency (SPARC)

Supporting members of Parliament with a dedicated individual for initiating development in their constituency.

Implementing the DELTA framework along with Tata Steel for microplanning in 72 gram panchayats covering 450 villages.

Building primary and secondary data sources for 1,200 migrant children in and around the Someshwar Sugar Factory.

Supporting the collection, monitoring and evaluation of data across 85 districts in 27 states.