The education of tribal children calls for an approach that is customised to their unique needs. The Tata Trusts have been working to improve systems and infrastructure by partnering with governments bodies.

The Ministry of Tribal Affairs was created to ensure a focused and integrated approach to the development of scheduled tribes in a coordinated and planned manner. The educational needs of tribal children are primarily addressed through residential schools called ashram schools. There are 892 centrally-sanctioned ashram schools spread across the country. These provide boarding and lodging facilities to children in tribal areas until they complete their secondary education. Apart from these, the department has also started 197 Eklavya Model Residential Schools on the lines of KGBVs and Navodaya Vidyalayas.

There is little uniformity in the management of ashram schools, coverage of primary sections or quality of infrastructure across the states. While the Ministry of Tribal Affairs provides the funds for the construction of hostels, the operations and day-to-day functioning of these hostels are carried out by the respective state governments or union territories. Appointments of principals and teachers differ according to school managements. Hostels are sometimes managed by non-government organisations with aid grants from the department. Most of the ashram schools are not compliant to minimum standards.

The Tata Institute of Social Sciences reviewed tribal residential schools in 2019 and highlighted the fact that the schools were distant from nearby villages, leading to the isolation of students and an increased apathy of school management and teachers towards the students’ welfare. Many of the schools didn’t have basic infrastructure. Classrooms were converted into students’ quarters. Inadequate infrastructure led to scarcity, neglect and eventual abuse, sometimes even at the hands of school staff. The lack of electricity and/or lamps, and the distance of usable toilets from the residential quarters put children, especially girls, at risk.

According to the Hemanand Biswal Committee Report of 2014, 793 children died in ashram schools between 2001-02 and 2012-13 in Maharashtra alone, mainly of scorpion/snake bites and minor illnesses.

Tribal children are also doubly affected by language issues. Years of spatial isolation and cultural differences have led to distinct differences in the language of communication, ways of learning and interaction and gaps in contextual knowledge. A Parliamentary Committee report also noted that a large number of children drop out of school: 55% at primary level and nearly 71% at secondary level. Efforts at supporting the education of tribal children have to acknowledge the fact that introducing them to literacy in an unfamiliar language not only limits their ability to learn, but also negates the learning ways and knowledge that is valued by them.

The biggest lacunae noted in the field of tribal education is the inadequate funds and human resources devoted to teacher capacity building and sensitisation on tribal context.

The goal of the Tata Trusts’ intervention in this area is to create a safe and child-friendly learning environment for tribal children in a few selected ashram schools. The objectives are to:

The Trusts’ intervention, through their implementation partners, presently covers 200 residential schools over 6 districts in Maharashtra and 4 districts in Odisha, with a planned extension based on the learnings of the initial phase.

Promoting reading among children and filling the lacunae in children's literature in Indian regional languages.

Improving the quality of teaching and learning processes in madrasas, and introducing contemporary methods of learning.

Helping women become literate as well as aware of issues pertaining to health and finances.

Educating for a better tomorrow 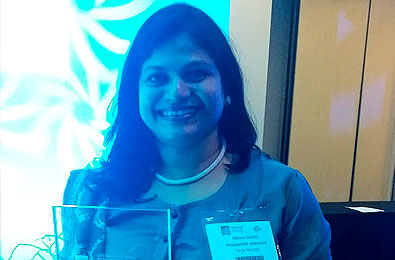